Tip of the Week: Block Telemarketers and Other Annoying Callers From Your Android Device 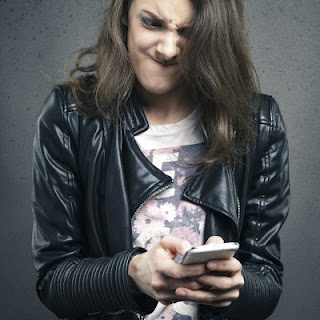 Calls from telemarketers are the worst. These unwelcomed calls are especially annoying if you’re trying to be productive, and you’re interrupted in the middle of the workday by the same number repeatedly. Thankfully, more recent models of Android smartphones have the capabilities to blacklist numbers built right into the device. Here’s how it’s done.
There are multiple ways you can block numbers from calling you with an Android device. Depending on the device, there will either be several different ways to block a caller, or there won’t be any at all. In general, if the device is fairly recent, like the Samsung Galaxy S5, you shouldn’t have any problems finding the features. Here are three ways you can natively block calls on your Android smartphone.
Blocking All Calls
Depending on the device you’re using, and its current version of the Android operating system, the following steps could vary. First, open the Phone application. Next, you’ll want to click on the three-dot menu on the right side of the screen, and select Settings. Choose Call. The setting Call Rejection should immediately jump out at you. Select it.
You’ll be given some options for rejecting calls that you receive. If you select Auto reject mode, you’ll be shown yet another menu with several options. By default, Auto reject mode will be turned on, but you can turn off this setting if you want. Or, you could simply select All incoming calls, which will block the calls from connecting to your phone. This is great if you really need to hunker down and get things done, but what if you only want to block specific numbers?
Blocking Specific Numbers
The numbers that your phone blocks are pulled from an Auto reject list that’s found right beneath Auto reject mode. Click the + in the top-right corner of the screen, and you’ll be prompted to enter the number that you want to block. There’s also a default option to block any unknown number, which can be helpful at times. By adding numbers to the auto reject list, you can effectively eliminate the time-wasting calls you receive.
To do this, locate the number that called you in your Recent Calls. Select the number you want to block, then tap the three-dot menu. You should see the option Add to Auto reject list, which is an easy way to keep that number from calling you again.
Blocked-Call Messages
In the event you have blocked someone’s call, you can set up special text message responses that will be sent to the blocked number. The uses for this could vary, from being too busy to answer calls, or from being in a movie theater where it would be rude to answer and talk on the phone. To create messages or select from the available ones, selectRejection Messages. It’s right under the Auto reject list option in call settings.
Of course, there are other methods you can use to block annoying callers, but they might require you to call your service provider or download an app. If you want to just block them natively on your device, the above options are some of the best.
For more information about how to make the most of your technology, give us a call at (732) 360-2999.
Posted by Dominick Brana at 7:06 AM