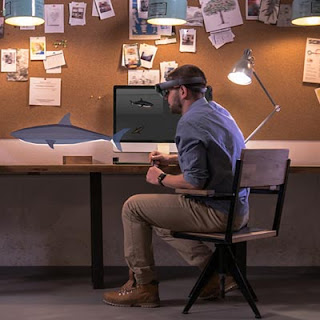 There are moments when a technology solution presents itself and is simply too valuable to pass up, but they are generally few and far between. One particular solution you can use to great effect is augmented reality, and we believe that with the right implementation and support, you can overcome challenges that the future might hold.
Understanding Augmented RealityAugmented reality is all around us, whether we notice it or not. It’s what happens when your everyday surroundings are integrated with computer-generated content. This effectively adds to the experience and provides users with a new way to interact with the world around them. Some of these applications aren’t necessarily business-friendly, but augmented reality can be used in both a consumer and professional business environment. Some examples include the hit mobile game Pokemon Go, as well as the Snapchat filters used to turn selfies and other pictures into caricatures of reality, or even smart glasses that create a heads-up display of your notifications.
How AR is Used in a Professional EnvironmentOne example is how smart glasses developer ODG were able to create an oxygen mask for pilots that used AR to showcase how visibility can be improved. ODG created the SAVED (Smoke Assured Vision Enhanced Display) to bypass the vision-obscuring smoke that would occur should he or she ever need to use the cabin-mounted oxygen mask. It simply shows an augmented reality display of the controls and outside view, providing more information to the pilot than otherwise might be available to them. Other examples include those that interact with Internet of Things data to show manufacturers when they are losing money or wasting resources on a new prototype. Doctors have been known to use AR-powered devices to scan a patient’s skin for veins before inserting needles. Even some of the largest forces in the world, including Walmart, the U.S. Army, and General Electric Healthcare, have all turned to AR for training purposes.
It’s only a matter of time until augmented reality becomes a permanent addition to the office environment. Virtual whiteboards, immersive video conferencing, and other solutions could all be viable options for businesses in the future.
A ShiftIt’s possible that the future holds a transition from a solo AR experience to a shared one in which meetings can be held in a physical space but with cyber elements added to the fold. In fact, a brand called Spacial is already looking for ways to create these kinds of spaces to collaborate.
Posted by Dominick Brana at 4:08 AM No comments: