The Four Corners Your Network Security Needs to Cover

Network security is paramount to a business’ success with the number of security incidents and data breaches that could potentially upend it. While this sounds like a task of marginally epic proportions, managing your security can be greatly simplified via a few basic activities. Let’s go over four such security-boosting actions that you should direct your attention to. 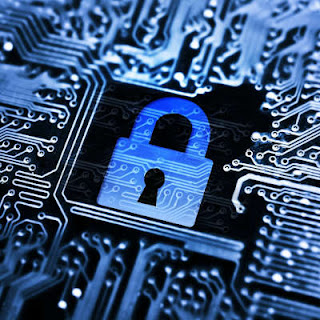 Despite being an essential tool for business use, software can always be improved… as evidenced by the endless stream of updates and patches that software developers release. Cybercriminals have taken notice and will try to use these software issues to their advantage. This is what makes it so important to promptly install the update packages that will resolve these vulnerabilities and prevent them from causing any ill effects.

While many businesses will test the update before implementing it—assuming that their patches are managed at all—these tests need to be completed expeditiously to avoid as many risks as possible.

If a device connects to your network, you need to have some say over its security. This needs to be a universal policy with both company-owned devices and those that belong to your employees. This will enable you to prevent any vulnerabilities from gaining access to your business by coming in on devices that have connected to an insecure network in the past.

With more people than ever before now working remotely, you need to make sure that all your team members can complete their responsibilities without undermining your security. As their home networks are likely far less secure than your business one should be, implementing a virtual private network should be seen as a priority.

You need to keep track of the solutions you are using, and how well the security you have implemented is protecting your solutions. Accomplishing this is as simple as comparing your own performance with that which should be expected with the protections you’ve put in place. These evaluations can provide the data you need to inform your security improvements so that the largest vulnerabilities you possess can be resolved expeditiously.

Finally, we need to discuss how well your users and their permissions are managed. Controlling access to different data by virtue of an employee’s need to access said data can offer considerable benefits to your overall security.

As for how these permissions should be granted, many security professionals will recommend that you require multiple authentication measures to be provided before allowing access, rather than a password requirement alone. Shifting to multi-factor authentication will help keep unwanted visitors out of your systems by making it far more difficult for them to obtain and input the proper credentials in time. Some common MFA approaches include the use of time-sensitive generated codes also being required for account access, or the use of a physical security key or biometric pattern.

Posted by Dominick Brana at 12:09 PM No comments:

Two weeks ago we had a look at the flagships. Last week, we took a look at the new foldable and flippable smartphones, but what if you don’t have $1,000 to buy a device? Are your options severely limited? Let’s take a look at some of your options. 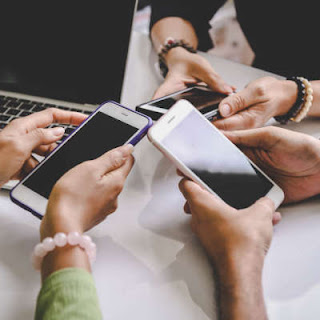 Samsung’s Galaxy A-series devices span the entirety of specification options, but we’re going to look at the moderately-priced Samsung Galaxy A51. The Galaxy A51 has a 6.5-inch Super AMOLED display and features a Exynos 9611 processor. With options between four-and-eight gigs of RAM, the expandable storage, the in-display fingerprint readers, the 3.5mm headphone jack and the largeish 4,000 mAh battery the Galaxy A51 presents users a good option if they are looking to avoid spending the big bucks. Available in Prism Crush Black, Prism Crush White, Prism Crush Blue, or Prism Crush Pink, the Galaxy A51 can be found on most major carriers and unlocked online.

If you think you’ve seen the 2020 version of the iPhone SE before, it’s because you probably have. It has the body of the iPhone 8, the chipset from the iPhone 11, and a new camera setup that will outperform the lion’s share of devices in the budget category. If you take away the 4.7-inch Retina display, the iPhone SE may bring more value than any other budget phone.

The iPhone SE only comes with two cameras, one front and one selfie, but the optics on the 12 megapixel lens, combined with iOS optimization, users will get a solid performing camera experience. Available in black, white, and red, the iPhone SE is great for the smartphone user that doesn’t need a huge screen to accomplish what they need to accomplish.

Before we finish our brief look at smartphones for the year, we should mention that one of the best ways to get value out of your smartphone is by buying new or refurbished flagship devices that are a cycle or two old. In fact, some smartphone companies release two iterations of their flagship phones each year and getting a mobile that is 18 months old isn’t going to deny you many features. Flagship smartphones tend to be built from better materials so they are more durable, and they tend to come with specs that will outpace many mid-level budget smartphones.

If you consider buying a device that is a couple of years old, here are some great options: The Samsung Galaxy s9 and s9+, the LG V50 thinQ, or the iPhone X. One detrimental characteristic is that they probably won’t get as many software updates, and if they are refurbished or used, they could have issues that new devices wouldn’t have. Regardless, it is something that you should consider when weighing your options if you only want to spend a few hundred dollars on your next phone.

Posted by Dominick Brana at 12:07 PM No comments:

Windows 10’s Over 70% Market Share is Still Too Low

Windows 10 has seen a slow growth in its market share since it first appeared in July 2015, still rising throughout 2020 to now. As of this October, the operating system had finally reached a 72.2 percent market share. Let’s discuss why this benchmark matters, and why you need to update any devices in your organization to bring that share up even more. 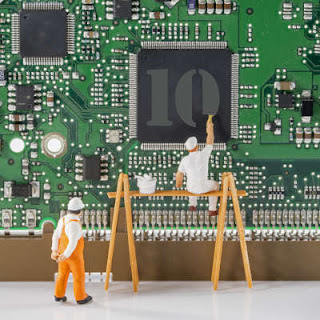 As reported by Net Applications, Windows 10 is now installed in over 70 percent of all Windows-based desktop and laptop computers, with the Windows environment powering 88 percent of these devices in general. This massive market share isn’t surprising, given that most businesses prefer to work in Windows.

As this year has passed, Windows 10 specifically has seen an increase of 20 percent, accumulating an additional 10.7 to its total market share. At the same time, Windows 7 is now on 20.4 percent of computers and 23 percent of all Windows-based devices. While this accounts for a loss of about 31 percent of its total market share, these values remain too high, considering that Windows 7 reached its end of support back in January.

Why This Trend Needs to Continue

Here’s the situation: Microsoft has come out and said that—at least for the time being—Windows 10 is the de facto Windows operating system, and all further updates are going to be improvements to Windows 10 and its security. Meanwhile, Windows 7 and other aging operating systems will only become more vulnerable to attacks as time passes and new threats are developed.

This is precisely what makes it so important to upgrade your technology to Windows 10.

To pick on Windows 7 a little bit more, the operating system is now patently unsafe, which means that using it—especially in a business setting—is akin to high-stakes, low-payout gambling. In this way, the 23 percent share of Windows devices still using Windows 7 is about 24 percent too high.

Any amount of migration from Windows 7 to Windows 10 will ultimately be a benefit to cybersecurity in general, as it only takes a single insecure access point for a threat to overtake an entire system.

If you still have workstations that need to be upgraded to Windows 10, there’s little-to-no time left to waste. Reach out to us today atto determine your best course of action concerning your information technology.

Posted by Dominick Brana at 11:59 AM No comments: