The Internet is Finally Making Its Way to Every Classroom 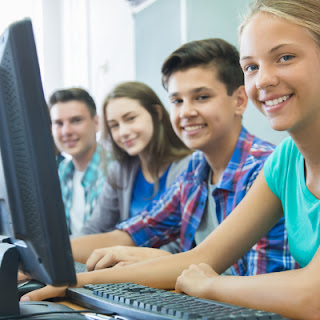 The Internet is etched into the very being of society, from the workplace to the home environment. It’s critical to ensure access to tools, resources, and contacts, among countless other functions. However, one place where the Internet has struggled to take foothold is in the classroom. Believe it or not, there are tons of classrooms all over the country that don’t have reliable access to the wonders of the Internet.
The EducationSuperHighway seeks to rectify this issue by bringing Internet access to schools all over the United States. You’d be surprised by how scarce Internet access is in classrooms located in the remote parts of the country. The ideal goal is to provide reliable, fast, and efficient Internet access, and in turn, expand learning and engagement opportunities for students. There are still 21 million students that lack access to reliable Internet connections required for quality digital learning. That equates to around 23 percent of all school districts that can’t achieve the minimum Internet access goals placed by the FCC: 100 kbps/student.
Besides this bleak outlook on the situation, it should be mentioned that the EducationSuperHighway has made a lot of progress over the past two years. Since 2013, the EducationSuperHighway has successfully brought high-speed Internet access to over 20 million students. In 2013, only 30 percent of school districts had met the minimum goal, but in 2015, the number has reached a staggering 77 percent.
There’s still room for improvement, though. A report published by the EducationSuperHighway claims that there are a number of problems that schools face when implementing greater Internet access:
Access to fiber: Some school districts lack access to fiber, which improves connectivity and speed of Internet access. In fact, schools that lack fiber are 15 percent less likely to achieve the minimum connectivity goals.
Affordability of broadband: As reported by the EducationSuperHighway, “School districts meeting the 100 kbps per student goal pay an average cost of $5.07 per Mbps. Those not meeting the goal pay more than double this at $12.33 per Mbps.”
Insufficient school district budgets: Budgets for schools around the country are suffering, and their technology budgets are no different. The average Internet access budget for schools that meet the goals was around $4.93/student annually, while those of schools that do not meet the goal result in around $2.08/student annually.
Digital learning is a critical asset that becomes more evident with every passing year. We’ve seen the immense growth of industries like online college programs and classroom environments, and with the advent of new and improved communications technologies, this is probably just the beginning. Of course, none of this would be possible without reliable Internet access. Students who don’t have this kind of Internet access will be at a disadvantage compared to those who do. So, it’s crucial that the next generation of workers have the same quality of education that today’s workforce has.
Posted by http://www.netiton.com at 4:42 AM