The Internet is Very Different From Place to Place

While it seems decidedly commonplace nowadays, the Internet is undeniably a miracle of the modern age—shrinking the world in a way never seen before. Of course, this has complicated things considerably in terms of the rules that the Internet must comply with, based on regional regulations. Let’s reexamine the impact that these laws, regulations, and restrictions have had on how the Internet appears across the globe. 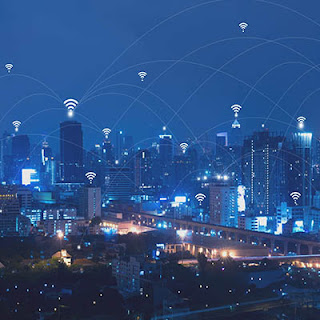 How the Internet is Dictated by Politics

Geopolitical considerations have had a ton of influence over the way that the Internet has been shaped—something that runs more or less counter to the foundational idea of the world wide web. Seeing as how critical the Internet is to modern society, is it so surprising that some governments want to impose their own will over it?

Of course not, which is why we see the following events and more happening all the time:

These Internet companies and the disputes they have with these governments have made it so that the Internet is notably different depending on the region you are accessing it from. The global spread of nationalism over the past decade has only made these differences even more pronounced.

Consider Facebook: when it first went global, so many people were given a taste of freedom that some societies had never had—only to have some nations (like the Democratic People’s Republic of Korea and the People’s Republic of China) immediately restrict this access. Regardless, Facebook spread around the world at a pace rarely before seen.

However, all these years and countless Facebook-inspired headlines later, many countries are clearly having second thoughts about these companies having so much influence and actively working to rein them in.

Let’s consider the situation in Australia. When the country’s government passed a law that was meant to require technology firms and social networking platforms (notably, Facebook) to pay for the privilege to share certain content, many news organizations and charities found their ability to use the platform hindered. While a short-term solution was agreed upon, the underlying concerns regarding Internet governance remain.

Could Global Regulations be Incoming?

Many have taken up the call for a unified standard in terms of Internet use and regulation, but any progress towards this end has been slow. It certainly doesn’t help that the Internet is a more critical aspect of everyday life in some countries over others, and so there are financial motivations in play to complicate whatever standards may be suggested.

But what do you think? Should the Internet be treated as a global resource, standardized by one set of rules? Should individual nation-states have different amounts of power over the use of the Internet within their borders? Let us know what you think so we can keep the conversation going.