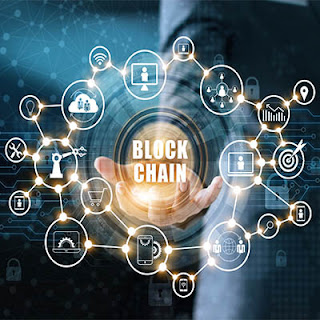 First, let’s break down what blockchain is and what it does.

What Is Blockchain Technology?

In its simplest form, blockchain can be described as a public record or ledger used to keep track of exchanges known as transactions. Thanks to the way that blockchain works, once a transaction is logged to the ledger, it is extremely difficult to change. This effectively makes hacking null and void.

Here’s the general gist of it; a blockchain networks thousands of computers together that each have to individually verify every single transaction on the ledger. This regular sealing and beginning of new files makes hacking extraordinarily difficult. In order to successfully carry out an attack on a blockchain, the hacker would have to infiltrate every single computer--thousands of them--and the correct record would have to be changed on each of them. It’s a lofty task for even the most seasoned cybercriminals; and when you consider that they cannot be detected while going through this process, it almost seems like such a task is hardly worth the effort, from a hacker’s perspective.

Blockchain also helps to preserve privacy and resist outside authority. Since it is distributed over such a large network and built on pseudonyms, it is a tad harder to pin down compared to other computing systems.

The creator of Bitcoin and blockchain technology, who goes by Satoshi Nakamoto, intended for the network to be permanent and immutable, meaning that wherever the 21 million Bitcoins traveled would always be known and recorded. There are presently 18 million Bitcoins claimed and established in the blockchain, and unlike other resources out there, Bitcoins are finite in nature.

Since its initial inception, several applications have been built using blockchain technology, many of which are held by private companies and organizations. Due to the way blockchain works, the security depends largely on the size of the network, making these somewhat less secure by comparison. Still, they are quite popular, and it is easy to see why.

How Can It Be Used?

Blockchain technology can help companies keep track of critical information that keeps operations moving in an effective and efficient way. For example, the pharmaceutical, food distribution, and freight shipment industries all benefit from this concept.

The very fact that the blockchain cannot be altered outside of the previously outlined scenario makes it ideal for guaranteeing authenticity. The chances of it being altered are so slim that it’s practically impossible, which makes certain business processes much easier to handle. Here are just a few of the benefits blockchain poses for businesses:

What are your thoughts on blockchain technology? Do you have any ideas for how you might implement it for your business? Let us know in the comments, and be sure to subscribe to our blog for the latest on how businesses and enterprises are using emerging technologies.