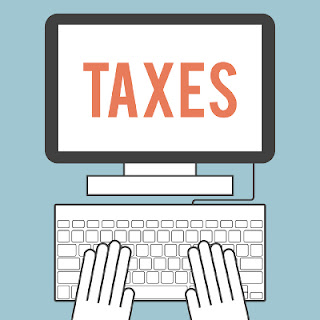 Watson, IBM’s famous question-answering supercomputer, has held many jobs over the years. After dominating the competition on the quiz show Jeopardy! In 2011, Watson moved on to help companies like Macy’s and Geico answer customer questions and improve their mobile apps. More impressively, Watson has even helped doctors diagnose cancer. Now, Watson is tackling a new occupation: Tax Professional.
On February 1st, H&R Block announced that it would be partnering with Watson during this year’s tax season. Before you curse, “Skynet!” to the heavens, know that H&R Block’s 70,000 tax professionals are not being replaced; instead, they will all be working alongside Watson. In fact, all 10,000 of H&R Block’s branch offices will benefit from this technology, where a reported 11 million people file taxes.
With this new partnership, IBM will continue its strategy of marketing AI technology to corporations, while H&R Block hopes to “reinvent the retail experience for taxpayers,” as stated by Bill Cobb, a chief executive at the company. When Cobb reached out to IBM last summer to enlist Watson for help, he was told that the computer doesn’t work like magic and first needs a bit of programing to grasp the complex tax code.
Watson’s main skill is digesting and classifying vast amounts of text, using natural language processing. So while Watson is able to be fed the 74,000 page federal tax code (as well as thousands of tax-related questions accumulated over six decades of tax return data), it still needs to be taught over a period of time.
During the training period with H&R Block tax professionals, Watson was encouraged if it asked a tax filer a smart question, and was corrected when it asked an irrelevant one. Watson was trained in nearly one hundred H&R offices in January and is now available for use.
So how does this work?If you do choose to file your taxes with H&R Block, create or log into your account. Using your own monitor, you’ll be able to follow along with a tax professional and Watson. Your information, credits, and deductions will all be available for you to see. Suggestions and questions will appear on the screen as you move through the process. H&R Block wants the experience to be both engaging and interactive, and by the end of it, you might see chances of an increased refund and a reduction in tax liabilities. But keep in mind, as Cobb says, “the tax pro is only as good as the input they get from the taxpayer.”
Clearly, H&R Block was happy with Watson’s trial performance, but Cobb admits that the real test comes after tax season is over. Tax-prep companies measure success by the percentage of returning customers. Retention rates are crucial, especially given the amount of competition out there. The New York Times reports that 60 percent of the 140 million Americans who file taxes seek help from someone else. But regardless of retention rates, it does sound as if IBM and H&R Block both view this relationship as just the beginning.
Have you filed your taxes yet? If not, would you be willing to seek help from Watson? If you have filed with H&R Block and Watson already, how was it? Either way, let us know in the comments section.
Posted by http://www.netiton.com at 9:51 AM