4 Cutting-Edge Technologies Within Your Grasp 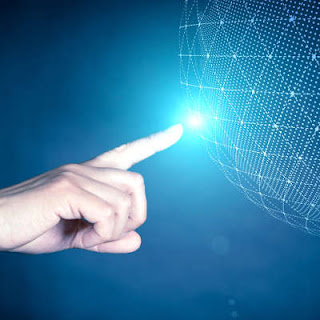 It’s fascinating to look back to what people of the past predicted our technology would look like today, and even more so when we see their truly fantastical ideas become a reality. This also allows us to anticipate what will someday be the norm in business technology. Here’s four technologies that we’re looking forward to seeing more of.
Spread of Virtual RealityThis technology has recently seen great improvements, and so it shouldn’t be long before it becomes a staple in day-to-day activities. The sophisticated software that powers the immersive environments users experience is in the running to be as impactful as the personal desktop computer. Facebook even dropped a cool $2 billion to pick up Oculus in 2014, and today the headset is available for $499 at major technology retailers.
Plus, despite the dismissive attitude many held towards the initially video gaming-oriented technology, a lot of effort has gone into brainstorming new and innovative uses that a workplace could have for VR.
Interaction through Ambient ProximityThe use of beacon technology now allows smartphone users an increased ability to interact with their surroundings, proving that the Internet of Things shows continued promise in the future. These beacons allow two nearby devices to share information via their connection to each other, allowing PayPal and Apple to simplify their mobile payment processes.
Additionally, other retailers are using these beacons to collect data on in-store customer behaviors--Under Armor being a prominent example.
Welcome to the Drone ZoneMany major companies have begun to experiment with the use of drones. Facebook, for one, has plans to try expanding the reach of Internet connectivity with solar-powered drones, and both Amazon and Google are working towards making delivery-drones a reality.
Other companies are adding their innovations to the technology as well: Finnish startup Shaper Shape have made drones capable of independently making decisions through their programming. Drones like these will have the capability to essentially “learn” about their surroundings and identify objects from above.
Improved Social PaymentsOne of the most irksome parts of lunch meetings are when the time comes to pay the bill. However, that irksomeness will soon be a thing of the past, as socially-focused mobile apps, like the PayPal-powered Venmo and Square’s Cash, are swiftly becoming self-contained social networks. Meanwhile, major social networks like Facebook, Twitter, and Snapchat are working to integrate mobile payments into their offerings as well.
Are any of these technologies more exciting to you than the others? What are some other examples of near-future tech that you can’t wait to make use of? Tell us what you think in the comments section!
Posted by http://www.netiton.com at 3:59 AM