Tip of the Week: Quirky Productivity Advice From 4 of History's Most Successful People 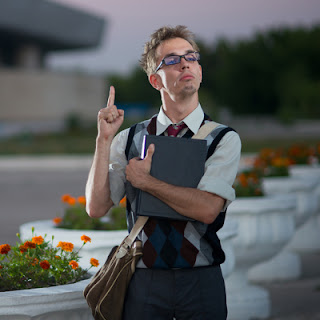 It’s important that your workflow allows you to get the most success out of your workday, yet this is often easier said than done. Everyone has different routines and practices that might work for them, and no one else. If you’re looking for ways to improve your own productivity processes, why not consider these four famous individuals with unorthodox practices?
A Crescendo of Productivity: Ludwig van BeethovenEvery office has folks who rely on the coffee machine to jumpstart their workday, but did you know that one of the world’s most famous composers was also highly-indulgent in the caffeinated beverage? History shows that Beethoven required his morning cup of coffee to consist of exactly 60 beans. That being said, you can expect a cup of coffee like that to have just the kind of kick needed to get tons of work done in a short period of time.
Of course, we’re all well aware of the negative effects that caffeine has on the human body, and this extreme productivity measure eventually leads to an extreme crash. It’s thought that this overindulgence eventually led to Beethoven’s declined health. In general, using drugs like caffeine to enhance your productivity may not be the best idea, but a cup of coffee or an energy drink might be just what you need to get through a big project.
The Birthday Suit: Benjamin FranklinAs uncomfortable as it might be to mention, America’s founding father Benjamin Franklin was a major proponent of nudity. He would spend the first hour of his morning reading and writing in the comfort of his own skin. While it might be humorous to imagine the founding father naked at his desk, compiling notes that would eventually become the Declaration of Independance, it’s interesting to note how much precious time and energy the average clothes-wearer wastes getting dressed each morning. Granted, whether or not this produces any noticeable increase in early-morning productivity is up for debate.
To take this a step further, you can emulate this success in spirit by planning out your morning routine in order to dodge the hassles associated with tough decisions. Lay out your outfit the night before, and leave notes to determine which tasks should have priority.
The Case of the Missing Desk: Agatha ChristieUnbeknownst to some, mystery novelist Agatha Christie never owned a desk. Christie wrote some of her most famous stories before computers became the user-friendly commodities that we’re all so used to, going as far as using a pen and paper or borrowing typewriters, often keeping notes and manuscripts stored in some kind of carriable case. A deskless workflow might sound difficult, but thanks to modern technology like mobile devices and cloud computing, it’s more possible than ever before.
To accommodate the modern Agatha Christies in your own office, give them the opportunity to flourish without being tethered to their desks. Mobile technologies like cloud computing and mobile devices have made this easier than ever, so you can let your employees work on their own terms.
Terrifying Display of Discipline: Stephen KingThe famous horror author Stephen King once said, “Amateurs sit and wait for inspiration, the rest of us just get up and go to work.” It’s a well-known fact that Stephen King is a writing workhorse, compiling 2,000 words every single day. It’s not just King, either; countless other writers assign themselves daily word counts in order to reach their goals. This commitment is one of the major reasons that King is able to consistently churn out quality manuscripts.
What does 2,000 words look like in your line of work? Is it responding to 25 emails a day, reading a book every week, or making daily sales calls? Whatever you define as success, take this disciplined approach and roll with it. Take small steps to chip away at a larger goal.
Would any of these productivity tips help you get through the day? Share your thoughts, and your own tactics, in the comments below.
Posted by http://www.netiton.com at 4:14 AM