Tip of the Week: Find Out the Ideal Amount of RAM Your Workstation Needs 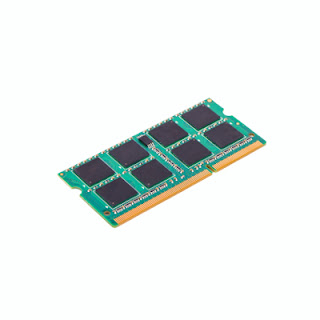 If your computer is underperforming, then it may not have enough RAM to do what you’re asking it to do. When selecting a PC, how do you know if you have enough RAM?
RAM, or Random Access Memory, is found in every computing device; from workstations, to server units, smartphones, tablets, laptops, and more. In the case of several of these devices, you can simply add more RAM if you find yourself not having enough. Not every device allows for this, which is why it’s best to buy a device with the correct amount of RAM in the first place.
For your consideration, here’s our handy RAM checklist:
1GB: Barely EnoughFor PCs running the 32-bit version of Windows 10, 1GB of RAM is the minimum requirement. However, that doesn’t mean 1GB will be enough RAM to do much more than to run your OS. With 1GB of RAM, you may be able to squeak by doing some basic web browsing, checking your email, and using a word processing app, but forget about doing much anything else, or even running all of these tasks at the same time. To give you an idea of how little 1GB of RAM is, consider that most smartphones and tablets come with more than 1GB.
2GB: Not Much BetterFor PCs running the 64-bit version of Windows 10, 2GB of RAM is the minimum requirement. However, like the previous example, don’t look to do much more than running your OS if your PC only has 2GB of RAM. Although, with 2GB of RAM, you can get some work done, while perhaps having a couple of tabs open in your web browser, but you’ll still be unable to handle a multimedia project or run a resource-intensive software solution.
4GB: Par for the CourseWith 4GB of RAM, you should now be able to run multiple applications at the same time without experiencing any issues. 4GB makes for a more productive work experience, as well as removes much of the frustration associated with having a slow computer. Generally speaking, 4GB of RAM is the benchmark when dealing with a low-end office workstation.
Although, if you’re running a 32-bit OS with 4GB of RAM, keep in mind that you will only be able to access 3.2GB. Additionally, when using a 64-bit operating system, you’ll have access to the whole 4GB (and higher). It’s also important to remember that the 32-bit version of Windows 10 has a 4GB RAM limit while the 64-bit versions require more RAM.
8GB: Ahhh Yeah!With 8GB of RAM, you’re now getting into the territory of using editing software, like the Adobe Creative Cloud or light multimedia. When working with media as well as running a basic office workstation, having 8GB will increase performance and minimize frustration. Also, for those interested in PC gaming, 8GB of RAM is a good place to start.
16GB and Up: Awesome. But is it Worth It?With 16GB of RAM or more, your system will be the belle of the ball. However, unless you’re planning on using your computer for a resource-heavy task like video editing or running a virtual machine, paying for 16GB will likely be a waste of money.
This checklist will serve as a basic guide for selecting enough RAM for a single computer. In order to select enough computing resources and other components to run more serious and complicated hardware on your company’s network, we recommend consulting the IT pros at Net It On by reaching out to us at (732) 360-2999.
Disclaimer: Just to be clear, RAM is a hardware component and is not something that can be downloaded from the Internet.
Posted by Dominick Brana at 10:39 AM