Tip of the Week: 4 Tips to Writing Effective Emails 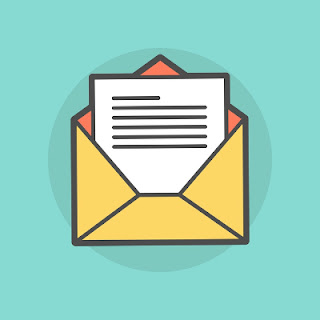 We’ve all been in a situation where we’re watching our inbox waiting for someone to send an email back. However, you might be limiting your own success by making your emails be too long, too wordy, or even too brief. According to a study by Boomerang, there are several ways to make your emails more viewer-friendly, and it all starts by analyzing what you’re currently doing with your outbound communications.
Keep it SimpleIf you want people to respond to your emails, believe it or not, the best way to do so is to keep your messages as simple as possible. Boomerang found that emails which were written at a third-grade reading level had a 53 percent chance of receiving a response, while those written at a college reading level were the least likely to obtain a response at 39 percent. Granted, the context of the email and its purpose will heavily influence the content of the email, but the point stands that the average email (like those used as an update or a follow-up) should be relatively short and sweet.
Use Some EmotionAnother idea is to create emotion with your words. If you create a slight sense of dissatisfaction or happiness, you’re more likely to get a response to your email. According to Boomerang, the difference could be somewhere between 10-to-15 percent compared to neutral or passive emails. Of course, it’s only effective if it’s believable. You want to avoid being overly negative or positive, because if the receiver can read between the lines, they’ll realize that you’re only trying to get a response and aren’t genuine.
Keep it Short, but Not Too ShortHow many times have you opened an email and grown exhausted from reading the whole thing? Other business owners are the same way. They don’t want to read large walls of text if they can help it. Plus, considering how many people receive countless emails a day, the more consolidated you can make your message, the better. The length range that’s most likely to receive responses is between 50 and 125 words, so keep it somewhere between there for around a 50+ percent chance of receiving a response.
Keep Your Subject Line ShortLong email subjects aren’t doing anyone favors. In order to capture the attention of your recipient and incite a response, you want to keep your subject short and to the point. Emails with subject lines of three or four words have a 48 percent chance of being responded to. Considering how no subject emails only received a response 14 percent of the time, it seems that any subject is better than no subject at all.
By following these tips, you’ll be more likely to receive replies to your email messages. Doing so can increase the likelihood that you won’t miss out on a great business deal due to the message being ignored. Do you have a certain method that you use to coax your recipients to respond to your messages? Let us know in the comments.
Posted by Dominick Brana at 3:46 AM