Technology is Changing the Way We Look at Productivity

The concept of productivity isn’t what it used to be. It has evolved significantly over time. In fact, it wasn’t until the late 16th century, where subsistence living was less frequent, where the term started to mean what we know it to mean today. Today, we’ll take a look at how the modern definition of productivity came about. 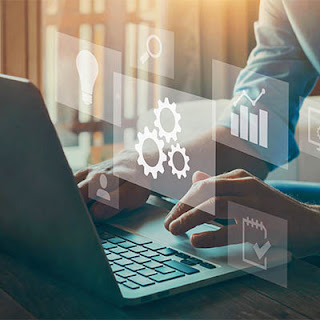 Changes in Technology Fueled a Reimagining of Productivity

The life of a worker in the late 16th and 17th centuries wasn’t always so much to bring home a paycheck, it was to sustain their lives and the lives of their families. With no refrigeration, no electricity, food had to be acquired and prepared in short order. Even after people started moving to cities and forgoing the subsistence life, most of their time was trying to secure shelter and food.

By the end of the 18th century, global trade had created demand for new goods and services. This is when you first start to see productivity mentioned regularly. In Adam Smith’s Wealth of Nations, he describes labor as:

Shortly thereafter, the polymathic Benjamin Franklin developed his own philosophy of productivity that asked the questions that modern productivity is centered around:

These questions and the development of new technologies that would change the world went a long way toward creating the definition of productivity that we know today. In fact, one could say that the more technologically advanced society has become, the more apt people are to reference productivity. Take into account that initially slave labor was used and then for half a century low-wage workers (many of a very young age) toiled in unsafe conditions before labor unions pushed for protective measures.

The Shift to Modern Productivity

After the turn of the 20th century, what could only be described as the predecessor of today’s efficiency guru was born. Thought leaders such as Franky Winslow “Speedy” Taylor and Frank and Lillian Gilbreth (yes, the ones from Cheaper by the Dozen) started a movement that has since grown into a massive industry of management consultants.

For much of the early 20th century, productivity was looked on as a patriotic duty as workers toiled through the first two World Wars and the Great Depression. This expanded productivity to women, who up until this point, were looked on more as domestic caretakers than workers.

Food, which was the major driving force behind work just centuries ago, has transformed to adjust for more productivity elsewhere. The TV dinner was developed in the 1950s and the invention of the microwave oven only made those prepackaged and easy-to-make meals more of a mainstay in homes. This also revolutionized the ability for food chains to make food quickly. This led to the explosion of fast-food chains starting in the mid-1970s.

The Development of the PC

Where to Go from Here

Now that we have superior tools to be productive with and new applications that are using technologies like artificial intelligence to automate tasks that people are slower to accomplish, productivity should be higher than ever. It has plateaued in many instances, however. This can be explained by the amount of distractions available to the average worker. If it wasn’t for automation, we’d probably be falling deeper into recession.

Getting back to the definition shift of productivity, there is currently a shift prioritizing value over the core metric of output. This is because workers today are extremely undervalued by many organizations and they need to establish guidelines to lure workers into being more productive than in previous generations. Workers want to be productive, but they also don’t want to work for as long and as hard as the people they’ve replaced. That’s why value is so important in today’s workplace.

Don’t mistake this shift for one that doesn’t measure output. Output is still important, but value of work is much more important with the technological options available to companies today. Businesses are more focused on doing the right things over doing a lot of things that don’t add value to the workers, the executives, and most importantly, the customers.

The Journey, Not the Destination

Today’s productivity standards aim to balance the means with the ends. Today, it’s all about the experience, whether that be at work or as a customer. In a way, it builds meaning to the work that is being done and makes this work more tolerable to people who have shorter attention spans.

One of the biggest shifts we’ve seen in productivity is that most things today are approached as a team. Since people enjoy their work more when they aren’t being micromanaged, companies have structured work environments that require contributions from many people instead of a few. Essentially it is an assembly line where people are in constant contact with each other. Building trust with your team goes a long way toward giving modern workers the fulfillment they need out of a job that takes over a large portion of their waking hours.