With Bitcoin picking up steam, the technology that fuels it, the blockchain, is being explored as an opportunity for many businesses out there. Let’s take a look at what some of the benefits and shortcomings of this technology are, as well as how they are commonly used. 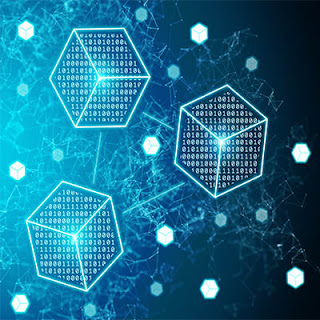 The biggest and most immediate benefit of the blockchain—essentially a decentralized ledger—can be seen through the use of Bitcoin, but at the same time, its shortcomings are hard to ignore. For example, the amount of energy it requires to operate can be a major issue, making it inadequate for many businesses and their specific needs. As Bitcoin operates on the public blockchain, it cannot store sensitive information or proprietary data, and for businesses that need it to do so, this is simply a deal breaker. That said, there are four varieties of blockchain to consider; let’s dive into the public blockchain first, then explore the other types.

While openness is one of the public blockchain’s greatest virtues, it comes with a couple of key challenges. The rate at which transactions can happen is quite slow, which ties into the second disadvantage of a blockchain network remaining limited in scope.

Instead of being accessible by all, a private blockchain is a closed network that is maintained by a single entity. In most cases, it is a business that wants to use the primary benefits of a blockchain—namely trust and security—within its own operations. In this way, the private and public blockchains are quite similar, despite the private blockchain’s more centralized design.

The efficiency of a centralized system makes the entire blockchain run more smoothly, but it comes at the cost of some security. Some of the key uses for a private blockchain (like supply chain management, internal voting, and asset ownership) depend on security, so this is important to consider for any organization looking to take advantage of it.

The public and private blockchains can be combined to create a solution that works for businesses that want the best of both. In essence, a hybrid blockchain allows for connecting to public networks without sacrificing privacy. Through the use of customizable rules, organizations can keep data secure.

As is the case with any good solution, there are some drawbacks that must be considered. In the case of the hybrid blockchain, one such drawback is that it lacks transparency compared to the other types of blockchains, and there is no prerogative for an organization to go through with this adoption process. Still, there are some notable uses for a hybrid blockchain—industries like real estate, retail, and other companies that must adhere to specific regulations.

Similar to the hybrid blockchain, a federated blockchain combines the benefits of both the public and private blockchains. Some records remain open, whereas others remain secure and private. This is notable because multiple organizations might find value in the network, allowing it to remain decentralized. This makes the federated blockchain quite customizable and efficient; businesses can fully leverage access controls, even though this blockchain is more vulnerable, less transparent, and less anonymous than the others. Some of the key uses for a private blockchain could be utilized include banking, research, and food tracking.