Tip of the Week: Avoid Buying Into These Common Smartphone Battery Life Myths

Nothing says “panic mode” quite like a dying smartphone. To avoid falling into this predicament, many users keep their phones plugged in to keep the battery topped off. A common saying is that this practice is actually bad for battery life, but how much truth is there in this statement? Let’s take a deeper dive and see if we can separate the fact from fiction, as well as what factors do influence your smartphone’s battery life. 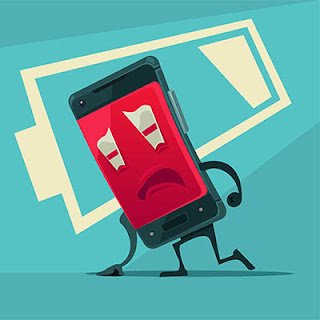 True to the idea of being “always connected,” smartphones don’t like when they can’t find a tower to connect to. Whenever your smartphone loses connection—particularly in rural locations where reception is scarce—it will send out signals to locate a connection. As you might imagine, this process can use up a considerable amount of power. The solution is to put your device in airplane mode, but this comes with its own set of problems, namely the fact that you are sacrificing connectivity for battery life.

The more strain you place on your device, the more wear and tear there will be on the battery. If you are constantly placing phone calls, taking pictures, filming videos, or other tasks, you can bet that your battery life will diminish rather quickly. That being said, the intensity of the task performed will likely influence just how much battery life is used up, so tasks like texting should not influence battery life too much.

Mobile devices can be sensitive to temperatures on both the higher end and lower end of the spectrum; this applies to, you guessed it, its battery capacity, too. If you can keep your phone at a moderate and controlled temperature, you’ll maximize your battery life.

One of the more controversial topics regarding mobile devices is the idea of planned obsolescence. Phone manufacturers build devices around an irreplaceable battery that can only last for so long. While this might seem unethical, there is unfortunately little that the user can do about it.

Every time your phone has to acknowledge a notification, a little bit of power is drawn from the battery. It stands to reason that too many notifications can accrue and suck up too much power. The same logic applies to permissions that have been given to applications installed on your device. The perfect example is your device’s built-in GPS; if it’s set up to do so, it can collect data even when an application is not demanding it. If you adjust these settings, your battery can last longer.

Similar to the way your device is always trying to find a network connection, if Bluetooth is enabled, it will always search for a Bluetooth connection. It’s best to minimize the number of connections you keep active on your device. In fact, we recommend keeping your Bluetooth deactivated in general when you are not actively using it.

Now, How Bad is Constantly Charging Your Phone?

All things considered, it’s pretty easy to keep your phone charged throughout the day. Some prefer to just let it sit on the charger whenever possible, while others might prefer to keep it in the middling range. In the end, does it really matter? The data suggests that it does not.

At the end of the day, your battery is still destined for the same eventual end, and no change in the way you charge your device will have a significant impact on its life. In terms of a battery’s maximum charge cycles (the number of times the battery can be filled to capacity), any charging done acts cumulatively. In other words, charging it by 20 percent, then 15 percent, then 75 percent, does not count as three individual charge cycles. It all totals to just one. Therefore, one can safely charge their device in whichever way they prefer without worrying about tradeoffs or any so-called “best practices.”