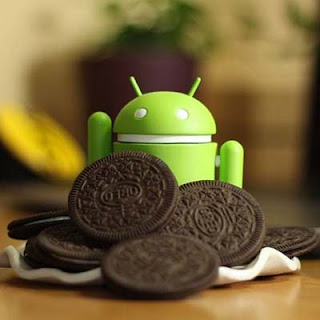 Android 8.0 Oreo has been creating some significant buzz since it was announced, and after a long wait, the mobile operating system has been released to a select number of devices thus far. However, more devices will soon be able to take advantage of the many benefits and features of Android 8.0 Oreo, with Android 8.1 rolling out for others.
Android 8.0 Adoption RatesAs of April 16, 2018, there was an increase in Oreo adoption (combining versions 8.0 and 8.1) of 400 percent since the rates were measured in February. Comparatively, Android Nougat (versions 7.0 and 7.1) saw a 2.3 percent increase, while all past versions saw a drop-in use. This is despite the trend for many to hold on to their mobile devices for as long as possible to reduce the financial impact of an upgrade.
Despite this, there are some limitations that particular device manufacturers have placed, restricting the devices that have received the update to Oreo thus far. So far, the devices to receive this update include:
In addition to these devices, there are others that have been confirmed to receive an update in the near future:
What Android 8.0 Oreo Has to OfferThis upswing in adoption rates only makes sense when the features that Android 8.0 offers are taken into consideration.
Picture in Picture ModeWhile Android Nougat gave users the ability to have two applications display at the same time with Multi-window, Android Oreo is taking this screen-sharing capability one step further by enabling one app, perhaps something playing a video, to share the screen with a relatively much larger app.
Notification DotsWhile there are Android themes that already offer this capability, Android Oreo will have the same ‘badges’ that indicate which apps have tried to notify you about something. In addition, by long-pressing the icon, you will be able to see the notification.
General Optimization and ImprovementOf course, a mobile OS needs to do more than add a few cool features to be considered a true update. Android 8.0 Oreo offers assorted improvements to user security, as well as the device’s speed and battery life. Furthermore, Android Oreo also enables a user to manage their notifications on a more detailed level, ascribing particular permissions to different apps based on case-by-case criteria.
Now that you have a general idea of what to expect from Android 8.0 and 8.1 Oreo, are you looking forward to leveraging the updated operating system in your mobile device? Let us know in the comments, and feel free to mention other improvements you’d like to see!
Posted by Unknown at 3:41 AM