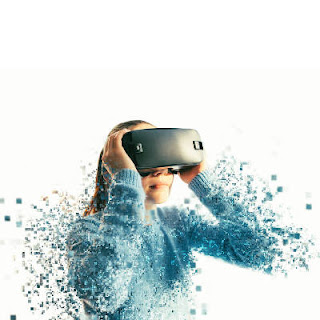 The International Consumer Electronics Show (CES) is designed to showcase new technology and products to the world, with a focus on industry professionals and companies that want to showcase their latest projects. The show, which was held in Las Vegas in January, saw the introduction of many consumer products, but the ones that showed off new virtual and augmented reality capabilities made a considerable impact on attendees.
Hype has been building over VR and AR for years now; hype which has failed to meet the considerable expectations placed on the technologies. It turns out that these innovators are coming up with valuable new ways in which to leverage these rather complex technologies.
Virtual RealityEven now, virtual reality is a huge deal. Manufacturers are still finding ways to develop both hardware and software for it specific use. However, the problem that developers are finding is that VR has taken too central of a role in the entertainment industry compared to its more practical or business-oriented purposes. In the future, manufacturers are hoping to create valuable applications for the technology to keep the demand high.
In an article for Forbes, Charlie Fink showcases that VR will most certainly show a profit, but the market is still only at around $2 billion per annum. Judging from previous trends set by color TV, VCR, PC, cell phones, and the Internet, it’s not beyond the realm of possibility that the standard consumer will see VR as a worthwhile investment before too long. However, Fink points out that “...before VR companies can understand how consumers want to spend, they need to cater to how consumers want to consume.”
Even though it’s not as profitable as other technologies at the moment, VR had a huge presence at CES. New technologies in VR ranged from novelty to necessity, including the HTC Vive Pro and an analytical tool called Looxid. Looxid allows for marketers and analysts to track eye movement and brain activity during use, providing information that should improve the way businesses understand consumers. For a more practical tool, the Meshroom VR headset can turn CAD drawings into legitimate 3D prototypes that can be effective for the use of architecture or engineering.
Regardless, even though VR has been around for quite some time, it is still a developing and volatile technology. It’s clear that it will be worth the investment in the near future--particularly when more useful applications are developed that can take advantage of it.
Augmented RealityCompared to virtual reality, augmented reality is a bit more tame and less of an attention-grabber. Instead of transporting the user to a virtual world, augmented reality adds virtual elements to your surroundings. The easiest example to help explain this technology is to add a top-down overlay interface to your field of vision, allowing for the viewing of information or analytics at a glance. Yet, AR has found plenty of use in the real world already, from statcasts in the sports world to smartphone games like Pokémon Go. Some developers, like Google and Apple, have invested considerably in the creation of augmented reality applications, and it’s only going to improve in popularity as more companies create effective ways of leveraging AR.
At CES 2018, AR was a prominent force. Manufacturers are finding new and improved ways to take advantage of displays. Some of the more notable products include Vuzix Smart Glasses with Alexa--much like Google Glass, but with Amazon’s Alexa built into it. WinRay’s AR windshield is another device you should keep your eye on. This windshield can display directions, roadside information, and even basic car functions. Even Apple’s iOS 11 comes with built-in AR.
What are some ways that you can think of to take advantage of AR and VR? Let us know in the comments, and be sure to subscribe to our blog.
Posted by Dominick Brana at 9:37 AM