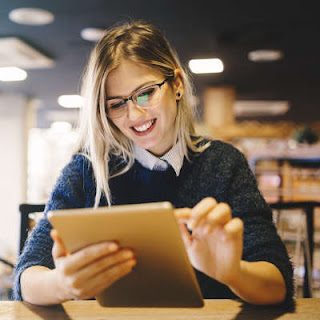 Two of the primary developers of tablets--Apple and Samsung--have created two of the most popular devices out there: the iPad Pro and the Galaxy Tab S3. If you’re in need of a tablet, we can help you go over your options so that you choose the one that best suits your needs.
What’s SimilarThese two tablets have a surprising amount in common. The display sizes for both devices are 9.7 inches, and both have an included stylus: the Apple Pencil and the Samsung S-Pen, respectively. Furthermore, both of these devices have fingerprint scanners. However, the similarities end here. Keep in mind that the iPad Pro does come in a larger size (12.9 inches), but for the sake of comparing the two, we’ll focus on the original model.
iPad Pro SpecsAt the heart of the iPad Pro is the Dual-core 2.26 GHz Twister, and while it doesn’t offer any external memory, it does have much more built-in storage options than Samsung’s tablet, with the options for 32 GB, 128 GB, and 256 GB onboard memory. With 4 GB of RAM, a 10-hour battery, and the capacity to run iOS 10.2, the iPad Pro has enough power to be a functional tablet if used in a way which lets it succeed. Plus, the Pro has built-in speakers, and plenty of other additional accessories are available.
Galaxy Tab S3 SpecsThe innards of the Galaxy Tab S3 features a quad-core, 2.15 GHz Qualcomm Snapdragon 820 processor, along with 4 GB of RAM and 32 GB of onboard storage. However, if you need more storage, unlike the iPad Pro, Samsung has you covered with microSD technology (up to 256 GB). Furthermore, the Galaxy Tab S3 uses Android 7 Nougat and boasts an impressive 12-hour battery life, as well as a quick charge feature. In essence, you can consider this tablet to be a part of the Samsung Galaxy Note family of mobile devices.
Which One is Right for You?Ultimately, it comes down to preference. It would be best if you choose the tablet with the operating system that you’re used to. If you prefer Android, the Samsung Galaxy Tab S3 could make for a great experience. On the other hand, the iPad Pro would be invaluable for those who prefer Apple.
Posted by Dominick Brana at 9:44 AM