Tip of the Week: 4 Easy Ways to Merge 2 Smartphones 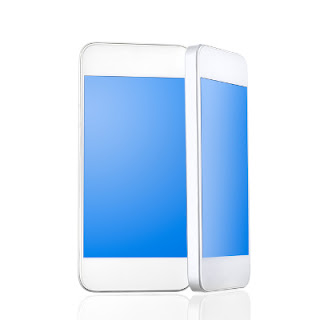 Have you ever tried lugging around two smartphones? It’s not as fun as it sounds, especially since having two devices means double the chance of losing one. Often times, this two-phone dilemma results from having both a work-issued phone and a personal phone. Thankfully, merging two phones is easy to do.
Use Call ForwardingIf the only reason you carry the extra phone is to take phone calls, then utilizing your phone’s call forwarding feature is a great way to consolidate your two devices. This feature is found on pretty much every cell phone and it’s easy to setup. To activate call forwarding on Android, follow these steps (steps will vary for each version of Android); open the phone app > Call settings > Additional settings > Call forwarding, you’ll then select which call forwarding option you want and enter the phone number of the second device. When you no longer need your calls forwarded, be sure to turn the feature off so that the original device will once again receive phone calls.
For businesses taking advantage of a VoIP communications systems, remember that VoIP allows you to forward your business number to your personal cell phone, meaning that you don’t necessarily have to carry an extra device just for taking company calls. With VoIP, setting up your smartphone to receive company calls is as easy as downloading an app.
Mirror Text MessagesUnlike call forwarding, forwarding text messages (known as mirroring text messages) isn’t as easy to set up. In fact, the standard cell phone doesn’t have this as a feature, which means that, if you want it, you’ll have to use a third party solution. One reliable text messaging mirroring solution is MySMS, which costs a nominal fee of $9.99 per year.
Set Up Multiple Accounts on One DeviceIf you’re using two devices only because you have to keep track of two Android or iOS accounts (like your work account and your personal account), then you’ll be happy to learn that a single mobile device is capable of hosting two separate accounts. Two things to keep in mind when setting up multiple accounts on a single device: 1) correctly install important apps like calendar and email so you don’t get these mixed up, and 2) if you’re adding a work account, review your company’s mobile device security policy so you don’t put sensitive data at risk.
Sync Your Apps to the Cloud When using multiple devices, it’s easy to lose track of files that are stored on one device but not on the others. Therefore, it’s best to sync your data across all of the devices you use. Cloud computing provides an easy way to sync your files, and you’ve got a variety of mobile apps to choose from, like Google Drive, iCloud, Dropbox, Office 365, etc. Thanks to the cloud, syncing information on multiple devices can be done automatically, allowing you to finally leave the extra device behind.
These four tips will help you merge your mobile devices. Again, before doing so on a device that deals with company information, you’ll want to first check your company’s mobile security policy so you don’t put sensitive information at risk, or violate any compliance laws like HIPAA.
Posted by Dominick Brana at 8:06 AM