Why a Reboot is Like a Magic Wand for Your PC 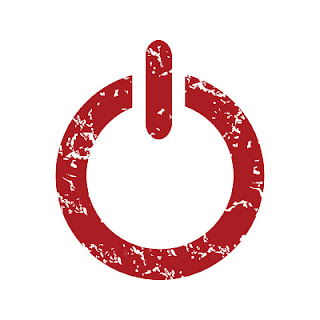 Have you ever called tech support only to be answered with this generic response: “Have you tried turning it off and on again?” More often than not, a simple reboot can resolve many issues with a computer. However, you still need to be cautious of more serious issues that a reboot won't fix. Here’s how a PC reboot works, and why it’s such an effective tool for resolving PC troubles.
What Happens When You RebootWe all know that restarting your PC is capable of resolving a shocking number of issues, but why is this the case? According to HowToGeek, one of the biggest reasons for a failure within the Windows operating system is because it ran into some bad code somewhere; by bad, we mean code that isn’t capable of being processed for whatever reason, be it due to a failing driver, a hardware issue, or something simply just went wrong. When this code can’t be processed, we get what’s known as “the blue screen of death.”
Sometimes you might notice your computer getting sluggish or unstable as you use it, as opposed to an earth-shattering hard stop like a blue screen or error. Restarting your PC can help resolve this as well.
By restarting the computer, you give the operating system another chance to process the code properly. Hopefully, it resolves the problem, allowing you to continue using the PC without incident. The same can be said for most any time you’re experiencing poor computer performance. Restarting the PC gives you the opportunity to start fresh, so it can move forward with minimal complications.
Common Problems Solved by RebootingIf you’re ever wondering whether or not you should reboot your computer to resolve a problem, you should know that it’s one of the more immediate and simple ways to do so. It doesn’t take much effort to reboot, and it’s often a solid option to fix issues, like these three common ones:
Chances are, if you’ve called your computer manufacturer’s tech support, you’ve probably been asked if you’ve tried turning it off and then back on again, but as repetitive as it sounds, sometimes it might do the trick.
Posted by Dominick Brana at 12:54 PM