Is Society Really Prepared For the Drastic Changes The Internet of Things Will Usher In? 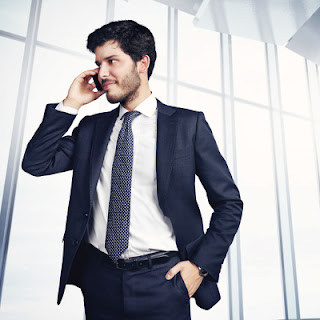 Technology has changed the world. It has changed individual lives, businesses, and the way people communicate with one another. The main reason for this is that technology, and the use of it, happens everywhere. In fact, the world has seen a huge spike in the addition of microprocessors to ordinary objects which allows them to communicate with the digital world. This trend is known as ubiquitous computing.
Ubiquitous ComputingHumans are starting to use computers everywhere. The concept is not new. Some of the most celebrated science fiction authors of the 20th century explained worlds that were rife with this type of computing. In most of these stories, the computer (or the technology) is celebrated at first; part of a technological utopia that changes the experience of the stories’ characters. This supposed utopia usually results in some grandiose systemic failure, and the protagonists of the story realize that the ubiquity of this technology was actually a hindrance to humanity, not a blessing.
Many sci-fi stories follow this paradigm. Of course, in a world where the computing we take for granted was just fiction, it’s not hard to imagine technology having some horrific effect on society. In the 21st century, however, technologies are eerily similar to the ones that the likes of Orwell, Dick, Huxley, and Asimov had described have come to fruition, making these interesting fiction stories more into tales of caution about how to handle today’s most dynamic technologies.
The technologies that are described in this literature, have largely been created by humans for the benefit of the society, while largely limiting the role of the individual. This is an important qualification to consider when looking at the viability of true technological ubiquity in our time. Can we make the same mistakes of the people in these science fiction novels? Only time will tell.
How is Computing Starting to Become Omnipresent?The consumer technologies that many people identify as pushing this trend forward - the smartphone, the tablet, and the laptop - just scratch the surface of what is possible with today’s technology. Businesses are able to automate aspects of their organization, giving them the ability to save capital and use more of their money toward building sustainability through diversification. Today’s worker may not be concerned that automated processes will ultimately cost them their jobs, but with more ubiquity throughout the culture, you may begin to see significant shifts toward that ideology.
The main difference that many people are going to see going forward is that they are literally going to be surrounded by technology, and while there are a generation or two that will accept this shift without question, a majority of humans have no choice but to be skeptical. This should not be a surprise, given the context in which they’ve been exposed to technologies like these.
True ubiquity, however, will not be possible until there is a complete acceptance that computing systems actually bring enhanced efficiency. From the perspective of manufacturers, this has already happened. They are simply taking their time creating demand before they commit completely to the idea that every product they manufacture should come with some kind of connectivity. It seems an inevitability that in the very near future, most commercial goods will have this capability.
The Internet of ThingsMany of the world’s largest software companies have been waiting for the technology to be available to make this concept a reality. It is happening now. Cisco has estimated that the Internet of Things, as it is viewed today, creates a market that is valued at upwards of $19 trillion. A February 2015 report from TechNavio suggests that the products connected to the Internet will exceed 17 billion by 2019. This number doesn’t include connected cars, wearable technology, smart TVs, tablets, smartphones or PCs. That is 17 billion thermostats, lamps, refrigerators, and any other product you can imagine. There are already manufacturers making Internet connected clothes. The technology professionals at Gartner estimate that the service offerings that will accompany those billions of products will exceed $300 billion by 2020.
As you can see, the manufacturers are already chomping at the bit, and according to some of these numbers, the demand is already there. The World Economic Forum has outwardly stated that by 2020 they expect that five billion people will have pervasive Internet possibilities and the Internet will have nearly 35 billion things connected to it.

With this rate of growth, it seems as if ubiquitous computing is inevitable. The future is here and any debate whether goods that are connected to the Internet (and their corresponding services) are ultimately a good thing for humanity, won’t happen. Here’s to hoping that the pitfalls that plagued the science-fiction worlds of 1984, Minority Report, I, Robot, or A Brave New World aren’t inflicted on human society.
If you would like to find out more about the Internet of Things or ubiquitous computing, or simply how to get your business ready for the inevitable, give Net It On a call at (732) 360-2999 today.
Posted by Dominick Brana at 6:23 AM